Professor of Neuroscience, Department of Brain and Cognitive Sciences, Massachusetts Institute of Technology

Chief Medical Officer and Head of Development at Denali Therapeutics 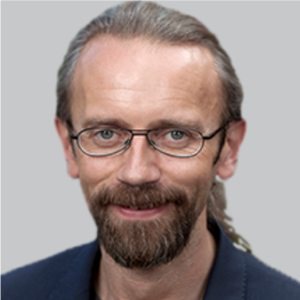 With a background in molecular biology and medicine, Dr. Zetterberg has spent the past 10 years focusing on the development of biomarkers for Alzheimer’s disease and other brain disorders. His research involves evaluation of biomarkers in cell and animal models, as well as in longitudinal studies of patients and healthy individuals. He has published more than 300 scientific articles and has received the Erik K. Fernström prize for young scientists and the Inga Sandeborg prize for research on Alzheimer’s disease. 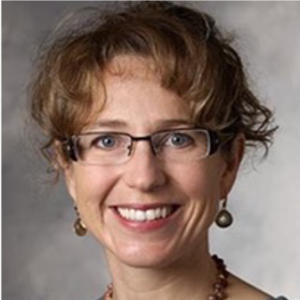 Dr. Frankovich is an Associate Clinical Professor in the Department of Pediatrics, Division of Allergy, Immunology Rheumatology (AIR) at Stanford University/Lucile Packard Children’s Hospital (LPCH). Her clinical expertise is in systemic inflammatory and autoimmune diseases that co-occur with psychiatric symptoms. She completed her training in pediatrics, pediatric rheumatology, and clinical epidemiology at Stanford University/LPCH. She directs the Stanford PANS Program (2012- present) where she and her collaborators have created a longitudinal clinical database and large biorepository of patient and control biospecimens. In addition to generating clinical data to better understand the PANS illness, she is collaborating with 10 basic science labs who aim to understand the immunological underpinnings of the illness. 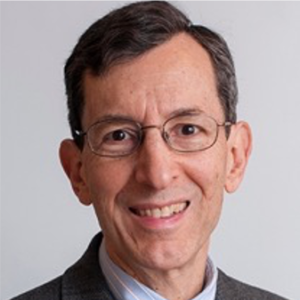 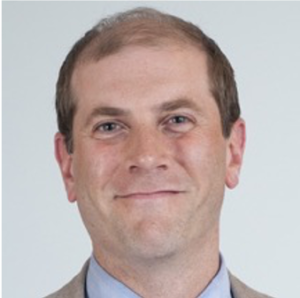 Dr. Williams currently serves as the Director of the Pediatric Neuropsychiatry and Immunology Program in the OCD and Related Disorders Program at Massachusetts General Hospital. Dr. Williams’s primary clinical and research interests involve the intersection of the brain and the immune system, and in particular, the psychiatric and behavioral consequences of these interactions. He 29 of 37 has published peer reviewed articles and book chapters on Pediatric Autoimmune Neuropsychiatric Disorder Associated with Streptococcal infections, Obsessive Compulsive Disorder and Tourette syndrome. He additionally serves as an instructor in Psychiatry at Harvard Medical School. 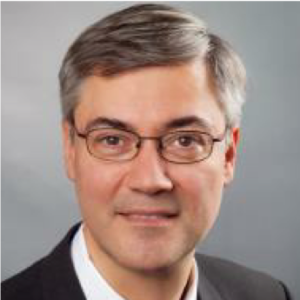 Director, Translational Neuroscience Center, Boston Children’s Hospital Professor of Neurology, Harvard Medical School Mustafa Sahin is currently the director of the Translational Neuroscience Center at Boston Children’s Hospital and Rosamund Stone Zander Chair professor of neurology at Harvard Medical School. Dr. Sahin serves as an expert for the Department of Neurology for Boston Children’s Hospital Precision Medicine Service. Work in his lab has identified the mechanisms by which tuberous sclerosis leads to miswiring of neurons in the brain and potential therapies for this disorder. Current research focuses on translating these preclinical findings into the clinic and developing treatments for epilepsy and autism associated with activation of the mTOR pathway. He directs two national consortia to study biomarkers and comparative pathobiology of TSC and related neurodevelopmental disorders. 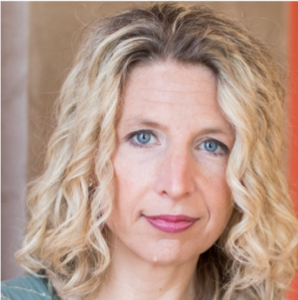 Harvard Medical School, Associate professor, Department of Neurology Beth Stevens is a Research Associate in Neurology at Boston’s Children’s Hospital, Associate Professor of Neurology at Harvard Medical School, and
institute member of the Broad Institute of MIT and Harvard. She is the Principal Investigator of the Stevens Lab. Stevens’s work has led her to the discovery of different roles of microglia and their relevance in neurological diseases. She is a recipient of the 2008 Smith Family Award for Excellence in Biomedical Research, a 2010 Dana Foundation Award (Brain and Immunoimaging), and a 2010 Ellison 28 of 37 Medical Foundation New Scholar in Aging award. Dr. Stevens received the Presidential Early Career Award for Scientists and Engineers in 2012. In 2015, she was selected for a MacArthur Foundation Fellowship. 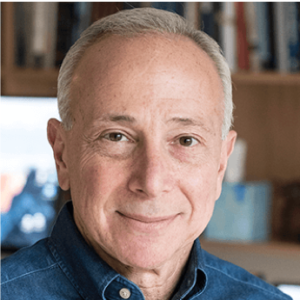 Harvard University, Professor of Stem Cell and Regenerative Biology Mark Fishman currently serves as Professor in the Harvard Department of Stem Cell and Regenerative Biology and Chief of the Pathways Clinical Service at
the MGH for patients with complex medical disorders. He was previously Chief of Cardiology at Massachusetts General Hospital, and director of the Cardiovascular Research Center at Massachusetts General Hospital. He is a fellow of the National Academy of Arts and Sciences and a member of the National Academy of Sciences, Institute of Medicine. Fishman was appointed President of the newly founded Novartis Institutes for Bio Medical Research in 2002 to implement a new strategy in Novartis’ global drug discovery effort. During his tenure, NIBR discovered and brought through successful clinical trials of 90 new medicines in more than 120 indications. He is the author of over100 publications and known for pioneering research using the zebrafish as a means of visualizing the development of the circulatory system and as a model for human disease.

Professor of Neuroscience, Department of Brain and Cognitive Sciences at MIT Guoping Feng is the Poitras Professor of Neuroscience at the McGovern Institute for Brain Research in the Department of Brain and Cognitive Sciences at MIT and senior scientist at the Stanley Center for Psychiatric Research at Broad Institute, most notable for studying the synaptic mechanisms underlying psychiatric disease. In addition to developing many genetic-based imaging tools for the study of molecular mechanisms in the brain, he has generated and characterized rodent models of obsessive-compulsive disorder, autism spectrum disorders, and schizophrenia. Dr. Feng has also shown that some autism-like behaviors can be corrected in adult mice by manipulating the expression of the Shank3 gene. 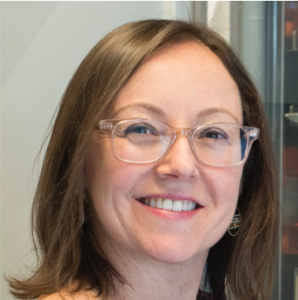 Dr. Paola Arlotta is a professor of stem cell and regenerative biology at Harvard University, and chair of Harvard Department of Stem Cell and Regenerative Biology (HSCRB). She is a principal faculty member at the Harvard
Stem Cell Institute, where she is co-director of the neuroscience program, an institute member at the Broad Institute, and an associate member of the Stanley Center for Psychiatric Research at the Broad Institute. A leading neuroscientist, Dr. Arlotta is interested in understanding the molecular laws that govern the birth, differentiation, and assembly into working circuitry of clinically relevant neuron types in the cerebral cortex. 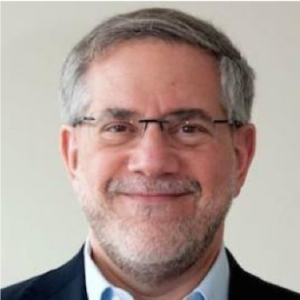 Harvard University, Professor of Stem Cell and Regenerative Biology, Director of the Stanley Center for Psychiatric Research, Core Faculty member at the Broad Institute of Harvard and MIT. Steven Hyman is currently Director of the Stanley Center for Psychiatric Research and a member at the Broad Institute of MIT and Harvard. He is also the Harvard University Distinguished Service Professor of Stem Cell and Regenerative Biology. Dr. Hyman served as Provost of Harvard University, the University’s chief academic officer from 2001 to 2011. As Provost, he had a special focus on developing collaborative initiatives in the sciences and engineering spanning multiple disciplines and institutions. From 1996 to 2001, he served as director of the US National Institute of Mental Health (NIMH). Hyman is member of the National Academy of Medicine (NAM). In the past, he has chaired the National Academies of Sciences, Engineering, and Medicine Forum on Neuroscience and Nervous System Disorders (2012-2018); served as Editor of the Annual Review of Neuroscience (2001-2016); and served as President of the Society for Neuroscience (2015). Hyman serves as a Board Vice-Chair of the Charles A. Dana Foundation and as a Director of the Charles Revson Foundation. He is a Director of two biotechnology companies, Voyager Therapeutics and Q State Biosciences and serves on multiple Scientific Advisory Boards including Janssen, BlackThorn, and F-Prime. He is a Fellow of the American Academy of Arts and Sciences, a Fellow of the American Association for the Advancement of Science, and a Distinguished Life Fellow of the American Psychiatric Association.

Blake Poggi, MA, CCC-SLP earned her M.A. in speech language pathology from Indiana University and worked to rebuild communicative and cognitive functioning with traumatic brain injury and stroke patients on inpatient and outpatient rehabilitation units. She also served pediatric patients with TBI, hydrocephalus, and communication disorders. She then started a private practice, delivering in-home speech therapy to children with autism. More recently, she has volunteered for organizations supporting early literacy, special education, autism, and healthcare legislation. She has learned a great deal from Massachusetts Advocates for Children as an ongoing member of their Transition IEP Committee and the Friends of the Autism Center. In 2015, Blake joined a team of parents in her community tasked with building a new Special Education Parent Advisory Council. She remains a member of the board today.

Dan was co-founder and CEO of Semantic Machines, a serial technology entrepreneur with a focus on building teams and companies that excel at research-intensive product innovation. His first startup, Voice Signal Technologies was a pioneer and industry leader in speech interfaces for mobile devices including the revolutionary iPhone. After Voice Signal was acquired by Nuance Communications [NASDAQ:NUAN] in 2007, Dan founded Shaser BioScience, a developer of consumer laser devices for dermatological applications. Shaser BioScience was acquired by Spectrum Brands [NYSE:SPB] in 2012. Dan received his B.S. in Biology from Trinity College, and is an inventor on more than 90 U.S. and foreign patents.

Stacey has 18 years of experience in executive search and has worked with life sciences clients ranging from venture backed companies to global Fortune 500 companies. She focuses on recruiting chief executive officers and board members as well as functional leaders, including scientific, commercial, and general management executives. In addition, she has expertise in recruiting professionals for venture capital firms focused on life sciences investing. Prior to joining ParkSquare, Stacey was a Director in the Life Sciences practice of J. Robert Scott, a global retained executive search firm. Previously, she was a search consultant with DHR International, the 5th largest executive search firm in the U.S and started her career with Battalia Winston, a boutique executive search firm, where she focused on the recruitment of senior level executives in a variety of industries. In addition to her work at Park Square, Stacey sits on the Board of the Mending Minds Foundation (www.mminds.org), a foundation formed by parents, scientists and leading biotech executives, to fund research and clinical trials for pediatric immunopsychiatric conditions. Stacey holds a M.S. from Simmons College and a B.A. in International Relations and Public Policy from Syracuse University. She currently resides in Wellesley, Massachusetts with her husband, Adam, and two daughters, Peyton and Ava.

Todd is a Managing Partner of Tower Hill Financial Group. Prior to Tower Hill, Todd advised business owners and their executives in their personal and business financial matters. Todd has acted as Co-Founder and CEO/COO of two start-up companies and counseled owners of corporate aircraft on cost control strategies. In a prior role, he counseled non-profits and families of a private bank serving high net worth individuals and families.

Todd earned his BA from Colgate University and is an alumnus of The Belmont Hill School and active in the alumni affairs of both. He also serves on the Board of Directors of Riverside Community Care, a large non-profit healthcare and human services organizations in Massachusetts. Todd resides in Wellesley with his wife and three children.

Stacie Weninger is the President of FBRI. Prior to this position, she was the Senior Director of Science Programs for the Fidelity Foundations. In 2005, Dr. Weninger served as the Project Manager and Senior Analyst for the Task Force on Women in Science at Harvard University. From 2001-2005, Dr. Weninger was a Senior Scientist at Cell Press for the journal Neuron. Before joining Cell Press, Dr. Weninger was a postdoctoral research fellow at Children’s Hospital Boston and Harvard Medical School with Dr. Bruce Yankner. She was a Howard Hughes Medical Institute predoctoral fellow in the Program in Neuroscience at Harvard University. While a graduate student and postdoctoral research fellow, Dr. Weninger was actively involved in undergraduate teaching, winning six teaching awards.

Co-founder
Amanda Peel Crowley received her BA from Colgate University and MA (education) from the University of Denver. Her career has focused on improving the lives of children, from work at the US FUND for UNICEF to teaching in many capacities, including in the New York City public schools, at an inclusion pre-school in Massachusetts and as ski instructor. She resides in Wellesley, MA and is actively involved in volunteering for school organizations. She is also involved in alumni giving for her alma mater Colgate as class gift chair with her husband Todd. She has three children diagnosed with PANDAS and co-founded the Mending Minds Foundation to advocate for world-class research to help children regain their childhoods.